Restoration of the M’hamid mosque 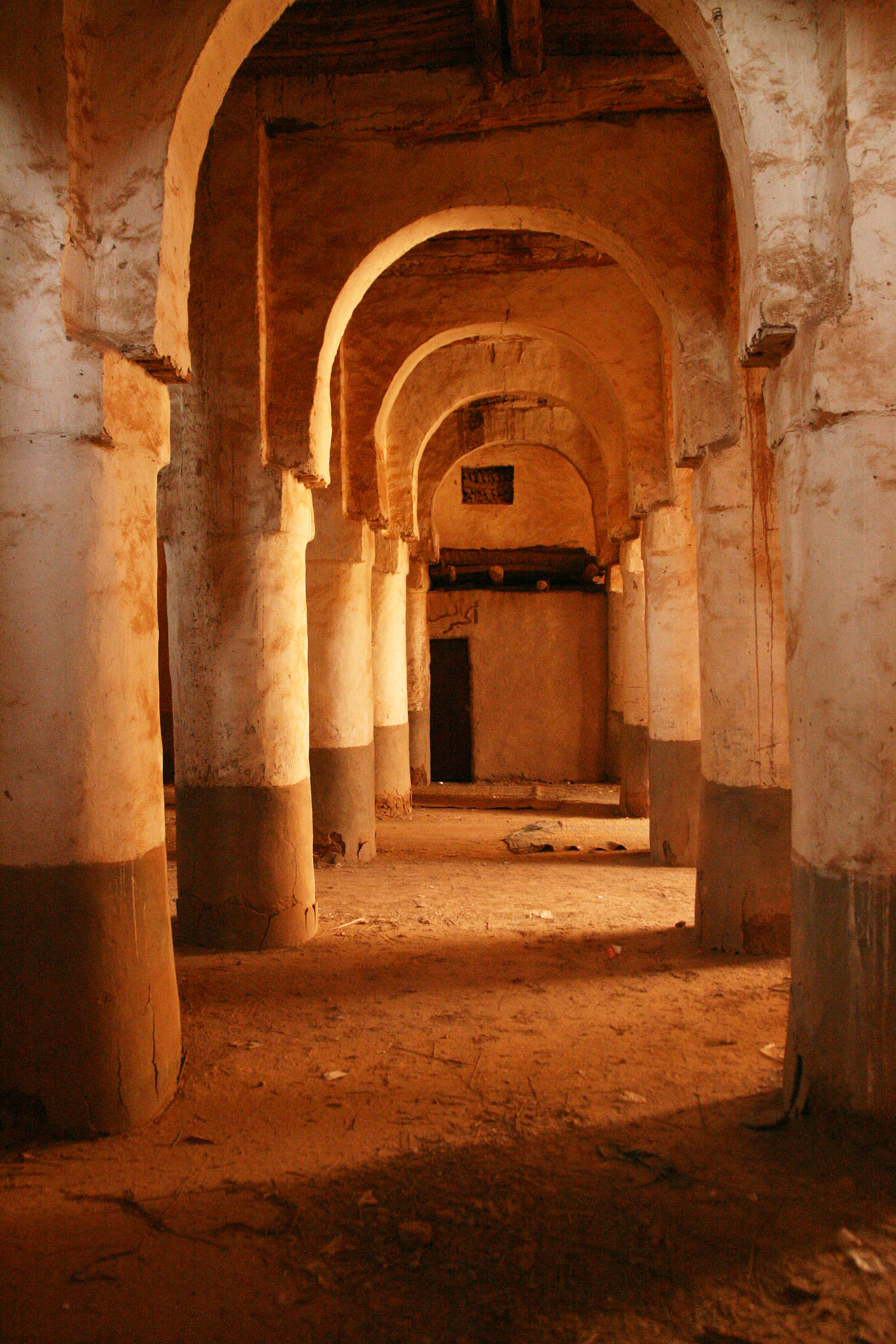 The Ancient Mosque of M’hamid (13th century) has great patrimonial value and is the most important and emblematic building in the M’hamid Oasis.

It is one of the few “desert mosques” still standing today, though it is in very serious condition. It is built from earth and has received very little maintenance in the last decade, but despite its poor condition it is still being used by the village residents, many of whom go to its public baths for their daily hygiene.

The building, with a square floor plan, is made up of different types of spaces. Like all the architecture in the oasis, it is protected behind nearly impenetrable walls of rammed earth. It has one upper floor and a flat roof. It does not have a minaret, and the call to prayer is done right from the roof of the mosque. The prayer room is the main space in the mosque, with a mihrab, or niche cut into the wall, which faces qibla. A small dome lets light in at the foot of the mihrab, enhancing and ennobling it.

Terrachidia has been working on documenting the mosque since 2012, doing various surveys, photo reports and stratigraphic readings to understand its configuration, structure and evolution.

Its current plan is to work on restoring the building through the Workshop School, which will do the restoration, rehabilitation and fitting-out work on the mosque, training local youths on building techniques and women on artisanal techniques.