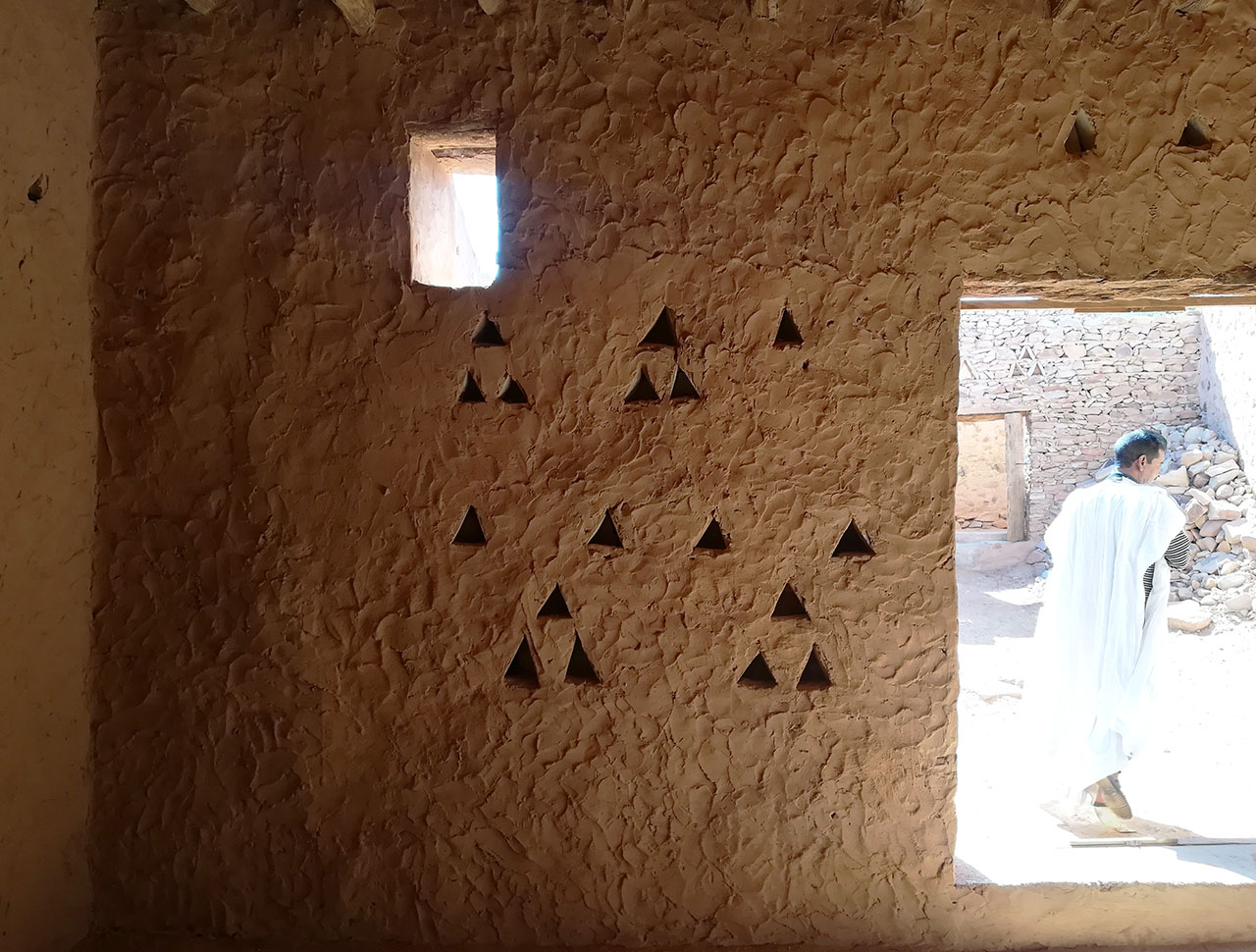 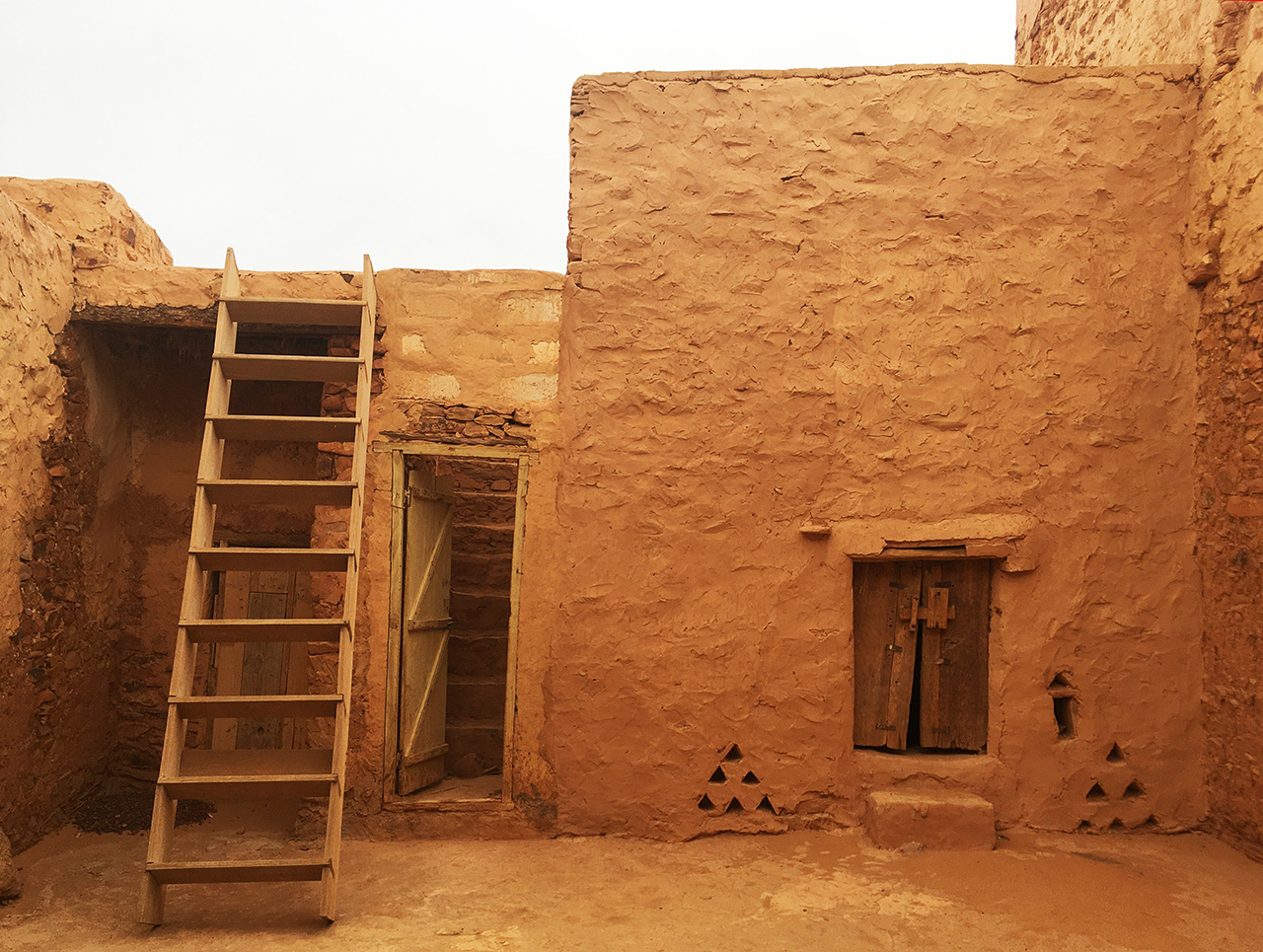 Chinguetti is a city that dates back to Medieval times, founded in the 14th century to serve the caravan routes crossing the African continent in the steady trade of spices, salt and manuscripts that continued until the early 20th century.

The buildings in Chinguetti, most of which are residential, are arranged in perimeter blocks and have one or two stories with few openings in their facades and flat roofs.

Most of the buildings visited use traditional materials which can be found in the areas surrounding the city: “Legré” stones, earth mortar, beams made from palm or acacia, etc. They are masonry structures with load-bearing walls of around 45-55 cm (1 foot) in thickness, made from dry-stone slabs. These are usually reinforced in the middle with earth mortar, though there is so little of it that they are considered dry masonry walls. The walls sometimes feature geometric decorations, normally triangles, which are characteristic of Chinguetti. The interior sides of the walls are finished with earthen plaster. Some of them also have this finish on the outside.

The framing structure uses palm beams (full trunk, half trunk or ¼ thickness) and sometimes acacia trunks or branches. A blanket or mat made from plaited palm fronds is arranged on top of the wood beams. A bed of plant material (“alfa”) is arranged on top of that, followed by a mud layer around 20 cm thick. The roof is finished with a 5 cm layer of clay-rich earth mortar to ensure watertightness. There are water spouts made from metal or hollowed-out wood.

This is the traditional building system, but in recent years we can see increased use of Portland concrete. It is primarily used as an additive for exterior finishes, adding an amount that can vary between 5% and 30%. In some cases the cement proportions are higher, especially for roofs and finishes.

The works were completed in January of 2020 and a guide was developed about the cultural heritage of Chinguetti.