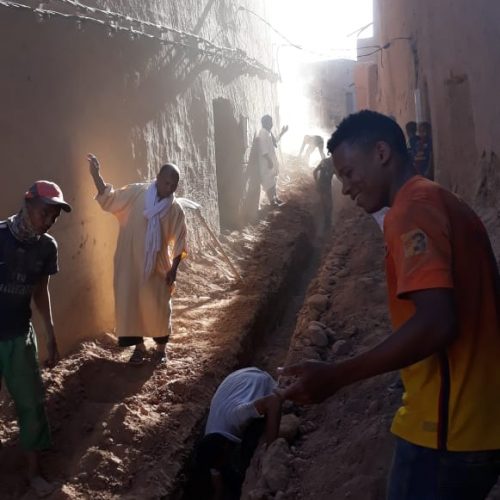 The public works for the sewage and drinking water system for the village of M’hamid were completed in 2018. The project was funded by the Madrid Serrano Rotary Club.

The beneficiaries were the residents of M’hamid (800 people), the daycare center, the cooperatives of women, the primary school, the mosque, and other facilities in the village.

All the work was done using local labor, including the prefabricated concrete elements which were made on-site, as well as the manholes, covers, etc.

A water filtration and treatment tank was also built for the village which, like the entire system, will be maintained by the M’hamid Commune.