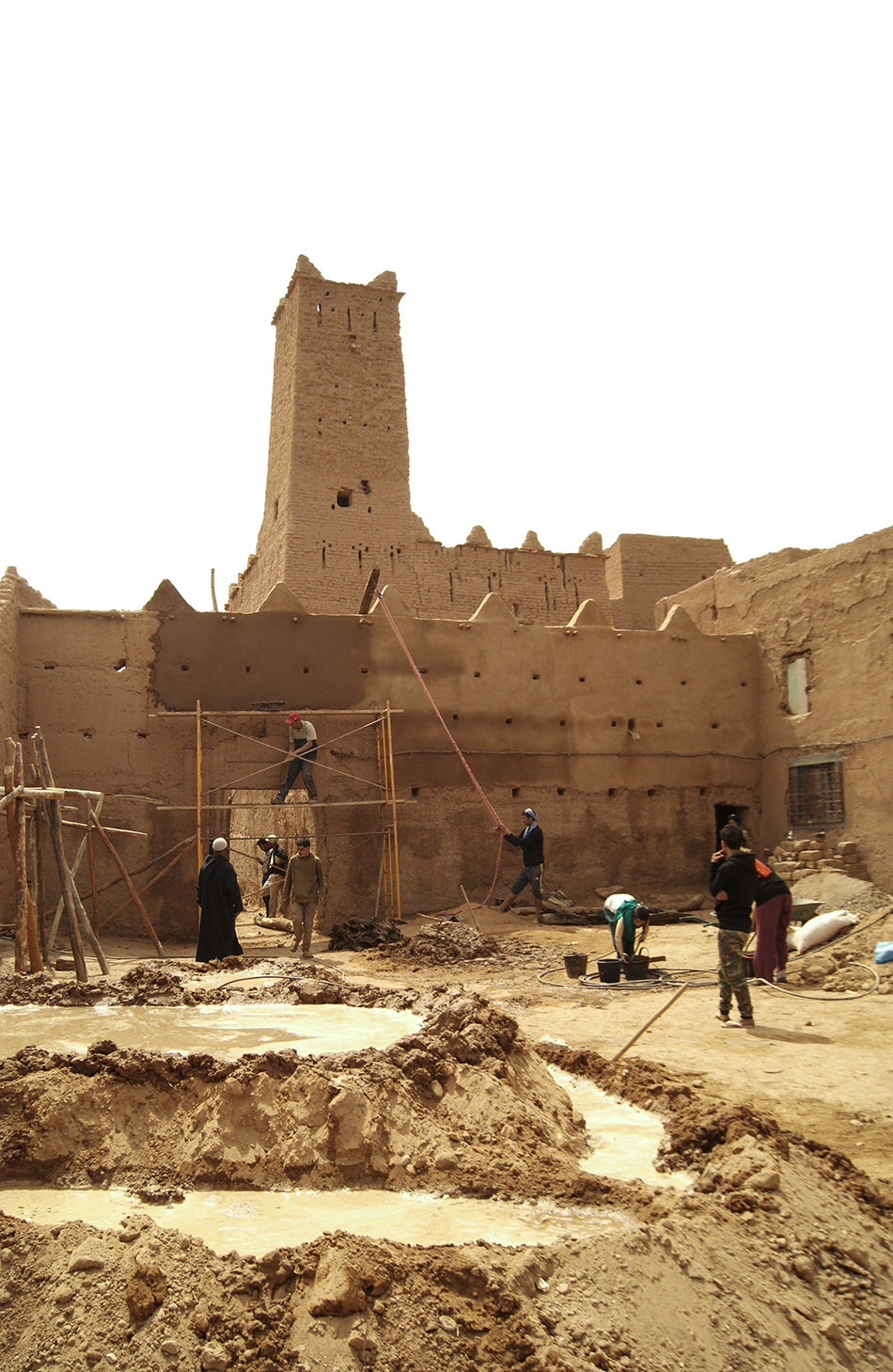 Terrachidia has been working on the project to document and restore the Fortified Gates that lead into the villages of the oasis since 2013. So far it has done work on 11 gates that have been restored for local use.

The gates leading into the walled defensive villages (ksur) are roofed spaces tucked between other buildings, which historically protected the villages from outside threats. The M’hamid Oasis played a significant role in the time of the caravans, when the gates were very important spaces where out-of-towners slept and where economic transactions took place. Alongside the gates there could usually be found other important buildings in the village such as mosques. Today, though the gates no longer need to serve their defensive function, they remain spaces for meeting and congregating, where locals can find some respite from the summer heat.

They are one- or two-story buildings made from earth with bent entrances. The lower level is made from rammed earth and the upper level from mud bricks. The roofs are flat with a palm or tamarisk structure covered by earth. The walls are finished in earthen plaster and have some geometric decorations. The gates usually had double wooden doors, some of which remain to this day.

The work done on each gate depended on its condition. Some, like the one in Ouled Youssef, had a great deal of structural damage, and all the roof framing was rebuilt. Others that were better maintained, like in Ouled Mahia, had framing structure that could be preserved in full.